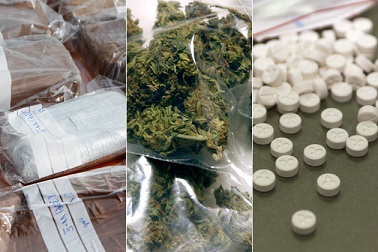 Possession or Trafficking Charges? You Need Angelos Law Group on Your Side.

If you’ve been arrested with drugs in your home or car or have been charged with drug trafficking or possession for sale, contact award-winning San Diego Criminal Defense Attorney, Lauren Angelos, at Angelos Law Group to begin your defense.

Ms. Angelos is an experienced drug crime attorney who focuses solely on criminal defense. She will explain the federal and California drug laws and help you find solid defenses to have your charges reduced or dismissed.

California Drug Possession Laws
The first thing you should know is that state and federal laws treat drug offenses differently. For example, marijuana is legal in California under some circumstances but not under federal law. In California, drug possession is different from possession for sale or manufacturing. If you are charged with simple possession for personal use, the charge might be a felony, but with a clean record you may be eligible for diversion programs that let you avoid pleading guilty and instead undergo drug education, testing and community service. Even if you plead guilty you may be eligible to go to a drug treatment facility instead of prison.

What You Need to Know: Dismissal of Charges Upon Successful Completion of Drug Treatment Under Prop 36
If you were placed on probation under Penal Code 1210.1(a) (Proposition 36) and have completed drug treatment, you may be entitled to have the charges dismissed. To obtain dismissal of charges, you must prove the following to the satisfaction of a judge at a hearing:

Drug Possession Conviction
In order to convict you of possession for sale, the prosecution must prove that the drugs were yours, that you intended to sell them and that you knew they were a controlled substance. The prosecution is not required to prove you sold any drugs. Intent to sell is usually based on the amount of drugs and the “indicia of sales,” that is, evidence of weighing, packaging, visitations and drug transaction records.

Manufacturing Drugs and the Law
Manufacturing drugs such as methamphetamine or PCP is a felony that could send you to prison for up to seven years. The law distinguishes between starting to produce the drug and “mere preparation” for manufacturing. If you purchase the equipment for a meth lab, that is not a crime. But if you start making methamphetamine you can be prosecuted even if the police arrest you before you finish cooking it.

Drug Charges in California: Your Defense
There are many defenses against drug charges, which is why Ms. Angelos will review your case personally and talk to you about the defenses available. It may be that:

These and other defenses may offer you a way out of conviction or prison.

Unlike California, the federal courts sentence people based on the federal sentencing guidelines, which allow federal judges little flexibility. Many drug trafficking offenses carry mandatory minimum prison sentences of five years or more. Ms. Angelos will work with you hand in hand to discuss methods of reducing your federal prison time. There may also be ways of using your constitutional rights to suppress the evidence altogether.

Remember, an arrest or prosecution for drug charges is not necessarily a one-way ticket to prison. Contact award-winning San Diego Criminal Defense Attorney, Lauren Angelos, at Angelos Law Group today at (619) 727-6812 for your complimentary consultation.