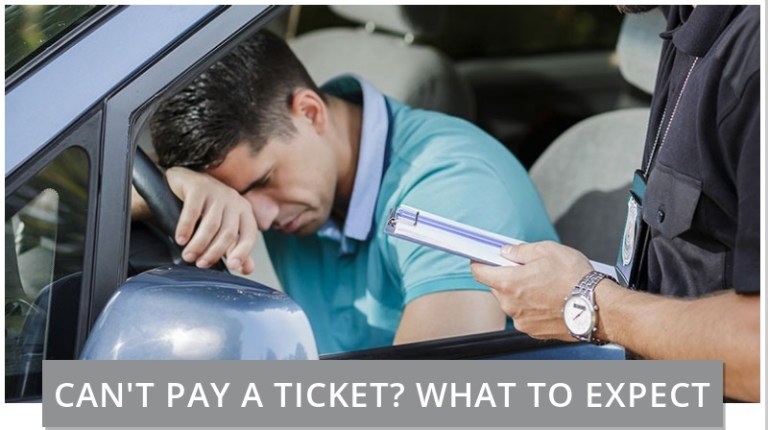 Suddenly seeing the flashing lights of law enforcement in your rear-view mirror can be alarming, and so can the cost of ensuing fines or tickets. A ticket for reckless driving, for example, could be as low as $100 or as high as $6,250 depending on the state and conviction.

What the Law Says
Thankfully, the U.S. has made progress since Colonial times when debtors’ prisons often housed those who couldn’t pay. In 1971, the Supreme Court handed down a unanimous ruling in response to Tate v. Short, stating that jailing citizens who can’t afford to pay fine-only tickets violates the 14th Amendment.

But even with that decision in place, some jurisdictions are still putting defendants who say they can’t pay the ticketing fees, fines and surcharges behind bars. A 2015 study found that over 4 million Californians have suspended driver’s licenses due to unpaid fines and missed court appearances. And similar cases are popping up in states from coast to coast, leading to federal lawsuits and the involvement of the American Civil Liberties Union (ACLU).

If You’re Unable to Pay
Concerned that you can’t make the fine’s due date or just can’t afford it? Experts suggest bringing it up in court yourself rather than waiting to see if the judge will ask. Let him or her know that you don’t have the money to pay your fines, and request an alternative to jail time. Options may include a continuance, payment plan or community service.

Some states, such as Texas, allow you to apply to have surcharges removed, leaving you with the responsibility of paying only the original fine.

Are you unable to afford a ticket or do you have questions about a related issue? Contact San Diego Criminal Defense Attorney, Lauren Angelos, at Angelos Law Group today at (619) 727-6812 for your complimentary consultation.