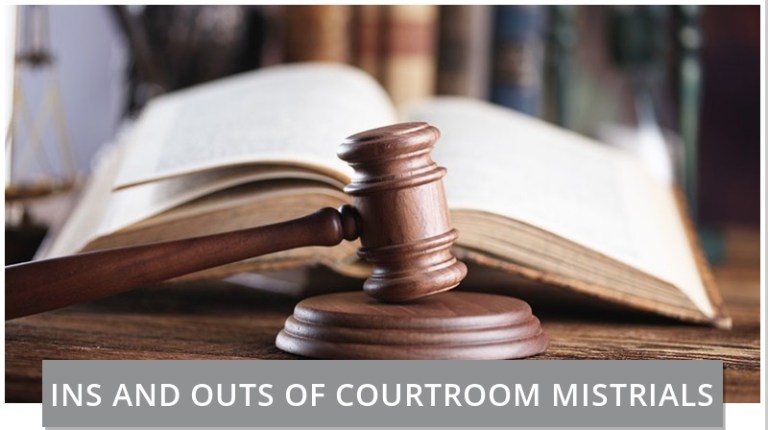 The average American likely hears about mistrials via courtroom dramas (both real and fictitious) on television, but do they fully understand the situation and what can cause it? Here’s a look at the mistrial process and how it can affect a court case.

Mistrial Basics
A mistrial is a civil or criminal trial that’s terminated and declared void before a verdict is reached. And it can happen for a variety of reasons. Jurors may be deadlocked and unable to reach a verdict; this is known as a hung jury.

Other causes for mistrial include the death of a juror or attorney involved in the trial, an error prejudicial to the defendant that can’t be cured by instruction to the jury, and juror misconduct. The latter can occur in several ways, such as legal parties making contact with a juror or a juror discussing the case with anyone outside the courtroom while the trial is underway.

Asking for a Mistrial
Both sides — the prosecution and the defense — can make a motion for mistrial. The presiding judge decides whether to grant the motion and either declares a mistrial or continues with the trial.

Hung Juries
In some states, if the cause for a potential mistrial is a hung jury, the judge may instruct jurors to continue deliberations in an effort to reach a verdict and avoid a mistrial. This has become known as the Allen charge. (Other states prohibit this instruction.) If jurors still cannot agree on a verdict, a mistrial will be declared.

After a Mistrial
A case that has ended in a mistrial can be retried, unlike cases that end in acquittal, which are protected by the Double Jeopardy Clause of the Fifth Amendment. This prohibits anyone from being prosecuted twice for the same crime.