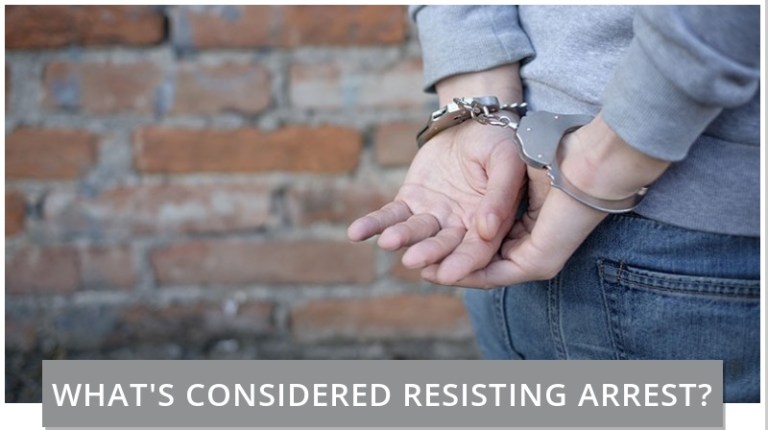 The charge of resisting arrest has received increased attention in recent years due to multiple controversial encounters between police and citizens, such as the Freddie Gray case. But what exactly does “resisting arrest” mean, and are there ways to avoid the charges?

Defining Resisting Arrest
An individual can be criminally charged with resisting arrest for obstructing, delaying or resisting a public officer, peace officer or emergency medical personnel. This includes threatening an officer with physical violence, fleeing or attempting to flee, and using force against an officer to prevent an arrest. Providing false identification or struggling to free yourself from being restrained can also count against you under each state’s penal code.

Dangers and Controversial Statistics
From traffic accidents to life-threatening encounters, police officers face dangers on a daily basis; it’s the nature of the job. And each year, dozens of law enforcement officers lose their lives in the line of duty.

But law enforcement tactics are currently under scrutiny. In 2014, New York’s public radio station WNYC found that the New York Police Department (NYPD) had 51,503 cases that included resisting arrest charges from 2009 to 2014, and 5 percent of officers accounted for 40 percent of those cases.

If the Arrest Itself Is Illegal…
Even if an arrest may be unlawful, many legal experts advise citizens to follow the comply then complain strategy when dealing with law enforcement. First, peacefully obey the arresting officer or officers. Then hire an attorney and use the court system or the police department’s internal affairs division to fight your case if necessary.

Do you have questions about resisting arrest? Contact San Diego Criminal Defense Attorney, Lauren Angelos, at Angelos Law Group today at (619) 727-6812 for your complimentary consultation.