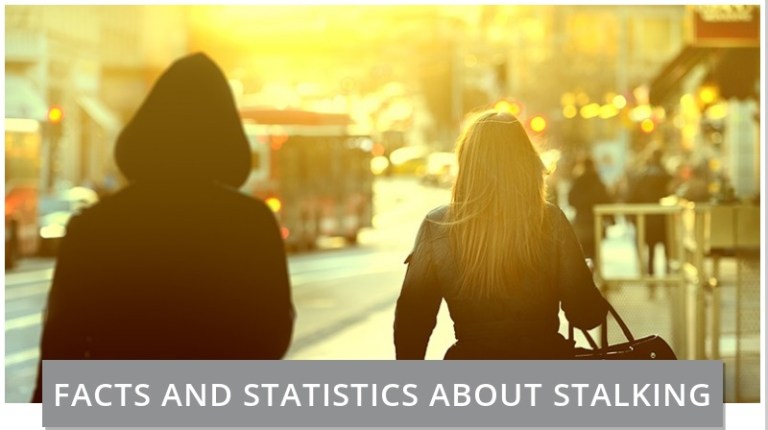 Nowadays, stalking is a commonly used term. And, although you’re probably familiar with the term, there’s a lot more you might want to know about stalking. The Stalking Resource Center describes it as “a course of conduct directed at a specific person that would cause a reasonable person to feel fear.”

What constitutes stalking?
Stalking includes following or spying on the victim, making unwanted calls and sending unwanted letters or emails. Leaving unwanted items or gifts, waiting for the victim to show up places, and posting information or spreading rumors about the victim can also be considered forms of stalking.

Roughly 1 in 4 victims of stalking reported some form of cyberstalking such as email or instant messaging. Constantly monitoring someone’s social media accounts and trying to engage with them or their friends and family without consent can be considered cyberstalking.

What does the law say?
Although the laws surrounding stalking vary depending on the jurisdiction, it is a crime in all 50 states, the District of Columbia and the U.S. territories. In more than half of the states, stalking becomes a felony when it’s a second or subsequent offense; there’s a deadly weapon involved; it violates a court order, probation or parole; the victim is under 16; or it’s the same victim as in previous occasions.